“Every installment in Keylin’s survey of Vieuxtemps is absolutely first-rate… He knows how to milk each passage for drama; his bowing is supple, his vibrato appropriately varied, his intonation pure, his attacks firm and confident… This is the kind of rousing musicmaking that quite confounds the critic, who must sit there scribbling on his pad when all he really wants to do is throw it away and groove to the beat.”
– American Record Guide [Critic’s Choice] 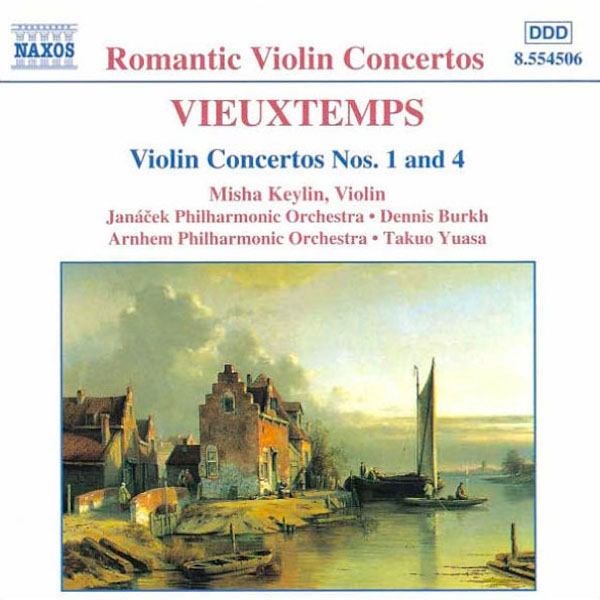 VIEUXTEMPS Violin Concertos Nos. 1 and 4  Misha Keylin, violin • Janacek Philharmonic Orchestra Dennis Burkh,  conductor  • Arnhem Philharmonic Orchestra Takuo Yuasa, conductor Naxos 8.554506 “The Russian-born New Yorker Misha Keylin has a lot to be exuberant about: his first-rate technique, appealing sense of sonority and keen focus on the  orchestral score are as commendable as the compositions he interprets.” – The Strad (UK) 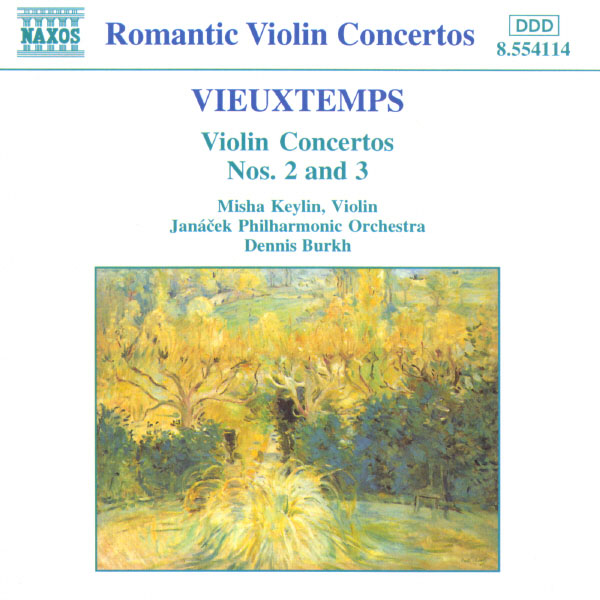 VIEUXTEMPS Violin Concertos Nos. 2 and 3  Misha Keylin, violin • Janacek Philharmonic Orchestra Dennis Burkh, conductor Naxos 8.554114 “Keylin…stands up to all challenges of the concertos. He shows himself as a brilliant virtuoso with clear articulation and a powerful tone…. The virtuosity and musicality always kept each other in balance.” – Fono Forum (Germany) 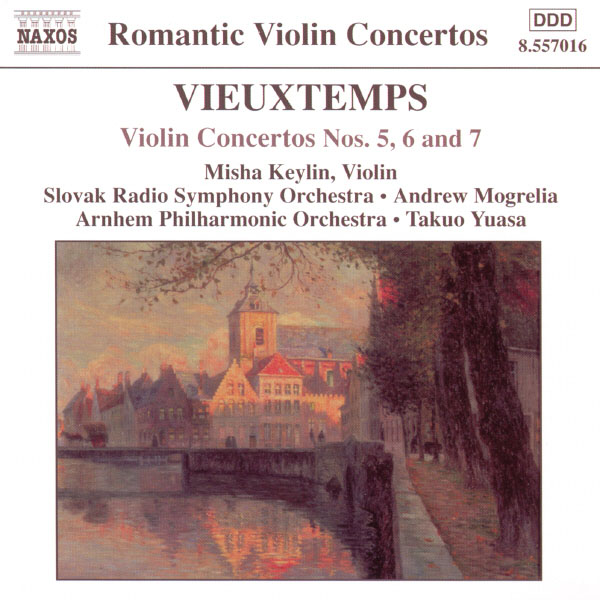 VIEUXTEMPS Violin Concertos Nos. 5, 6 and 7   Misha Keylin, violin • Slovak Radio Symphony Orchestra Andrew  Mogrelia, conductor • Arnhem Philharmonic Orchestra Takuo Yuasa, conductor Naxos 8.557016 “Misha Keylin’s assured and stylish reading of Vieuxtemps concertos…now comprise the complete set… He takes advantage, as he does in all the concertos, of Vieuxtemps’s singing passages on all four strings, finding the appropriate individuality for each on the 1715 Baron Knoop Stradivari, lent to him for the performance” – Fanfare 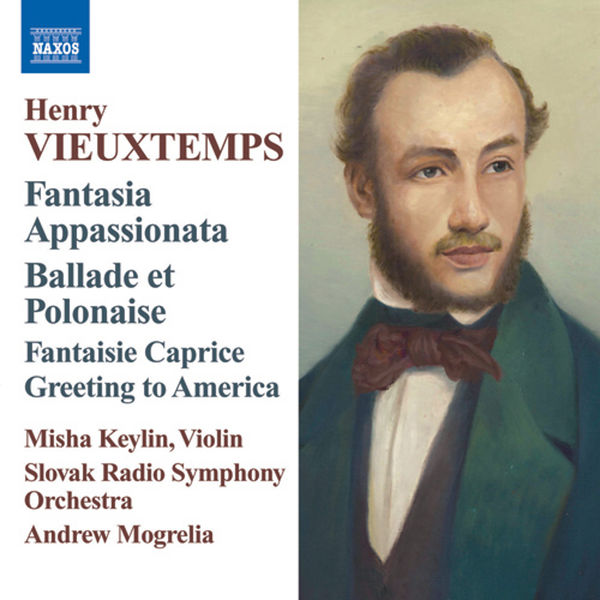 VIEUXTEMPS Fantasia appassionata, Ballade and Polonaise, Fantaisie-Caprice, Greeting to America  Misha Keylin, violin • Slovak Radio Symphony Orchestra Andrew Mogrelia, conductor Naxos 8.570974 “The four dazzling showpieces on this disc exploit every instrumental resource and demand utmost virtuosity, a quality that Keylin has in abundance. Winner of numerous international competitions, the Russian-born and US-raised violinist is a former student of Juilliard grand dame Dorothy DeLay. He already has recorded Vieuxtemps’ complete violin concertos (seven in number) on a critically acclaimed and commercially successful 1999 three-CD set for the Naxos label. He surmounts the technical hurdles of the works recorded here with incredible ease – his facility is unlimited, his intonation flawless.” – Strings Magazine